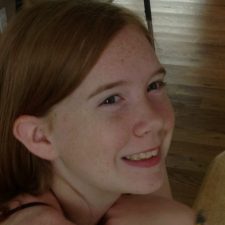 Before adopting the triplets, we only had one daughter. Our solitary little girl, being surrounded by adults twenty-four hours a day, often acted more like an adult in a little body than a four-year-old. She wasn’t perfect, but she was an easy child to be around. Then, we adopted. Three 7-week-old babies entered our world in one day; our peaceful world of a single-child was gone; and things have been rocking ever since. Also, contributing to this was the fact that three years after adopting the triplets, my wife conceived and bore twins. In a period of three years, my household increased by 5 munchkins. So, there are eight of us: one dad, one mom, three boys, and three girls.

A couple of the things I have learned about myself as a father through the years since the adoption: 1.) I am a man, for good or for ill, and 2.) I am only one man, never more, never less. 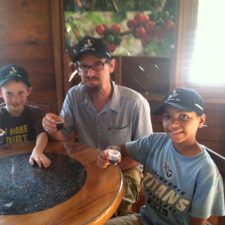 I am a man, for good or for ill. When God placed the triplets before us, my wife and I raised the question, “Are we ready to make a decision that will last a lifetime?” Thankfully, as Christians, we were already used to making decisions that last much more than a lifetime. We could say, “yes,” and mean it. My “yea” had habitually been my “yea,” and my “nay,” my “nay.” I am a fallen man, but I have been redeemed, and in Christ, I can actually do good in this world. To decide to adopt was to decide to make the children mine—irrevocably mine. But I am also a man for ill. As surely as I can do good, I can blow it big time. To multiply people in my home multiplied opportunities for me to show my temper, my selfishness, my moodiness, my complacency, and did I mention my selfishness? Multiplying people multiplied both the opportunities to forgive and the daily, hourly, minutely need to be forgiven. I am a man, for good or for ill. 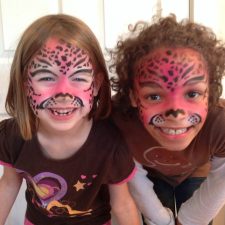 ned that I am only one man, never more, never less. God created man, took a rib and made a woman. Man really is an individual. Woman really is an individual, but in matrimony they become one. As Eugen Rosenstock-Huessy has pointed out, Two equals one. A man can never be a husband unto himself. As a man, an individual before my Creator, all my faculties and capacities as a husband always involve love for and service to my wife. I cannot be a husband apart from her, and I cannot be a godly husband apart from her thriving. 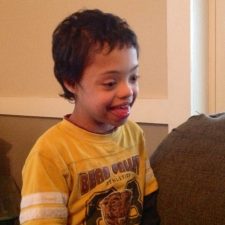 Then, the man knew the woman, and she conceived and bore sons. Two equals one equals many. A man can never be a father unto himself. As a man, an individual before my Creator, all my faculties and capacities as a father always involve love for and service to my children. I cannot be a father apart from them, and I cannot be a godly father apart from their thriving. I am never more than one man, and daren’t dream of doing more than one man can, but I am never less than one man—a man who has been recreated into more than the singular by being remade a husband and father. 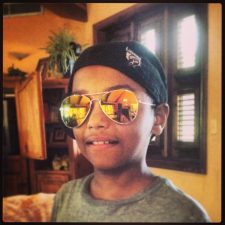 They are mine. I am theirs. They have always been darker skinned—not because they’re adopted, but because that’s the beauty God decided to give them. God’s children, whether Jew or Gentile, are neither Jew nor Gentile. In Christ the middle wall of partition has been removed and we are one. Christ’s bride is undoubtedly mixed race. He has promised that it will be. In fact, we have no hope except that it is. Through adoption, this reality of our heavenly Father’s love has been experimentally manifest in my home.